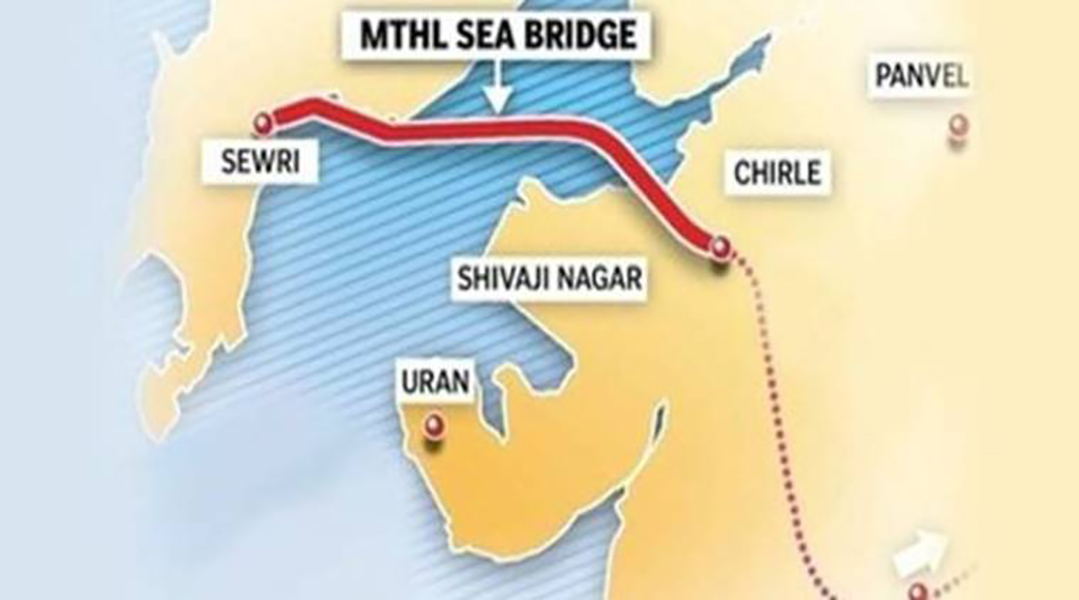 MUMBAI: With construction work on the Mumbai Trans Harbour Link (MTHL) nearing the 10% mark, divers have been deployed at two locations to physically locate oil pipelines laid under the sea and ensure pillars for the bridge are built at a safe distance.
The MTHL will pass over a bunch of oil pipelines belonging to HPCL, ONGC and BPCL around 4.5 km from Sewri, said sources in MMRDA, the project implementing authority. An official said the divers were deployed 12 to 13 metres under sea to find exact locations of pipelines and cables. Once they find out the locations, precautions will be taken so that all boring and construction activities are conducted at least 10 meters from them, an official said. 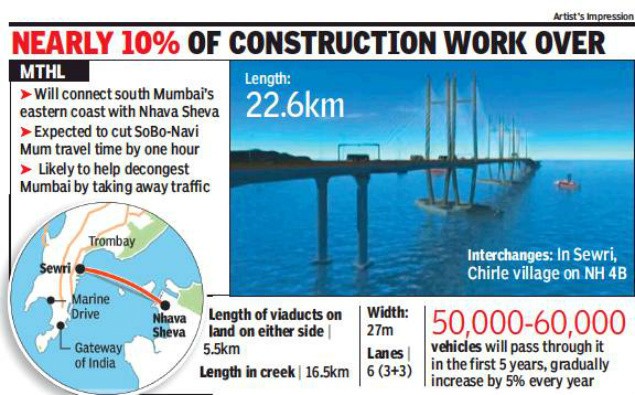 Conceptualised in the 1970s, MTHL, which will provide faster connectivity between south Mumbai and Navi Mumbai, is expected to be ready by September 2022. Work on the 22.6 km corridor, being built at a cost of around Rs 18,000 crore, began this March.
On Sunday, Metropolitan Commissioner R A Rajeev visited Sewri mudflats, where construction of a temporary bridge has taken off to lay the ground for pillars. He also visited the marine area by taking a boat from Sewri mudflat up to Pirpau jetty.
Rajeev was briefed by General Consultants that drilling of 751 boreholes was completed for geotechnical investigation and that 11% of the 2,900 metrelong temporary bridge has been achieved.
The Mumbai Metropolitan Region Development Authority issued a statement saying an average 9% of the construction work has been completed. The project is being implemented in three packages. While the first package, which involves construction of a 10.4 km bridge, has achieved nearly 12.3% progress, the second package, construction of 7.8 km bridge, has reached the 5.4% mark. The third package, construction of 3.6 km long viaduct, has recorded 5.4% progress, according to MMRDA.
During the visit, the metropolitan commissioner launched Germany-made Reverse Circulation Drilling Rigs at an intertidal zone for speedy construction work He instructed the contractors to deploy more such machines to ensure completion of the project on schedule.
Rajeev also inspected the casting yard at Sewri Timber Pond where construction of site office, casting bay preparation and batching plant establishment are in progress.